In 2012, ASI partnered with the Michigan Humane Society in creating the Speaker Series, a quarterly event which offers talks to the public in Michigan, given by well-known scholars, authors, and professionals in the animal welfare world, in order to share information about the human-animal relationship with animal lovers in the state of Michigan where our home office is located. In 2014, we began working with Madonna University who offered the use of their campus to host our speakers.

The Series is designed to bring scholars who work in the field of human-animal studies to Michigan to speak to an educated audience of animal lovers about their work, and to promote animal advocacy and to further a compassionate public policy surrounding animals. All events take place at Madonna University’s Livonia campus.

The 2015 Speaker Series will open with a talk on April 10, 2015 by sociologist Michał Pręgowski, who will be giving a talk titled, “The greatest and most beloved: What pet cemeteries tell about us and our relationships with animals.” 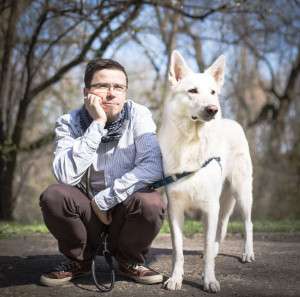 Michał Piotr Pręgowski received his Ph.D. in Sociology from University of Warsaw (Poland) in 2008, and works as Assistant Professor at the Warsaw University of Technology. He is also a Fulbright grantee in the Fulbright Scholar-in-Residence program and a visiting professor at Eastern Kentucky University’s Animal Studies program, where he is teaching and conducting research for the duration of the academic year 2014/2015. His academic specialties are sociology of norms and values and human-animal studies. Michał’s current research projects include social construction of dogs in the contemporary West, especially their naming and training, as well as social practices of commemorating companion animals. His recent co-authored book Pies też człowiek? Relacje psów i ludzi we współczesnej Polsce (2014), is a collection of articles on humans and canines in contemporary Poland. Michał is a member of Animals & Society Institute and International Society for Anthrozoölogy.