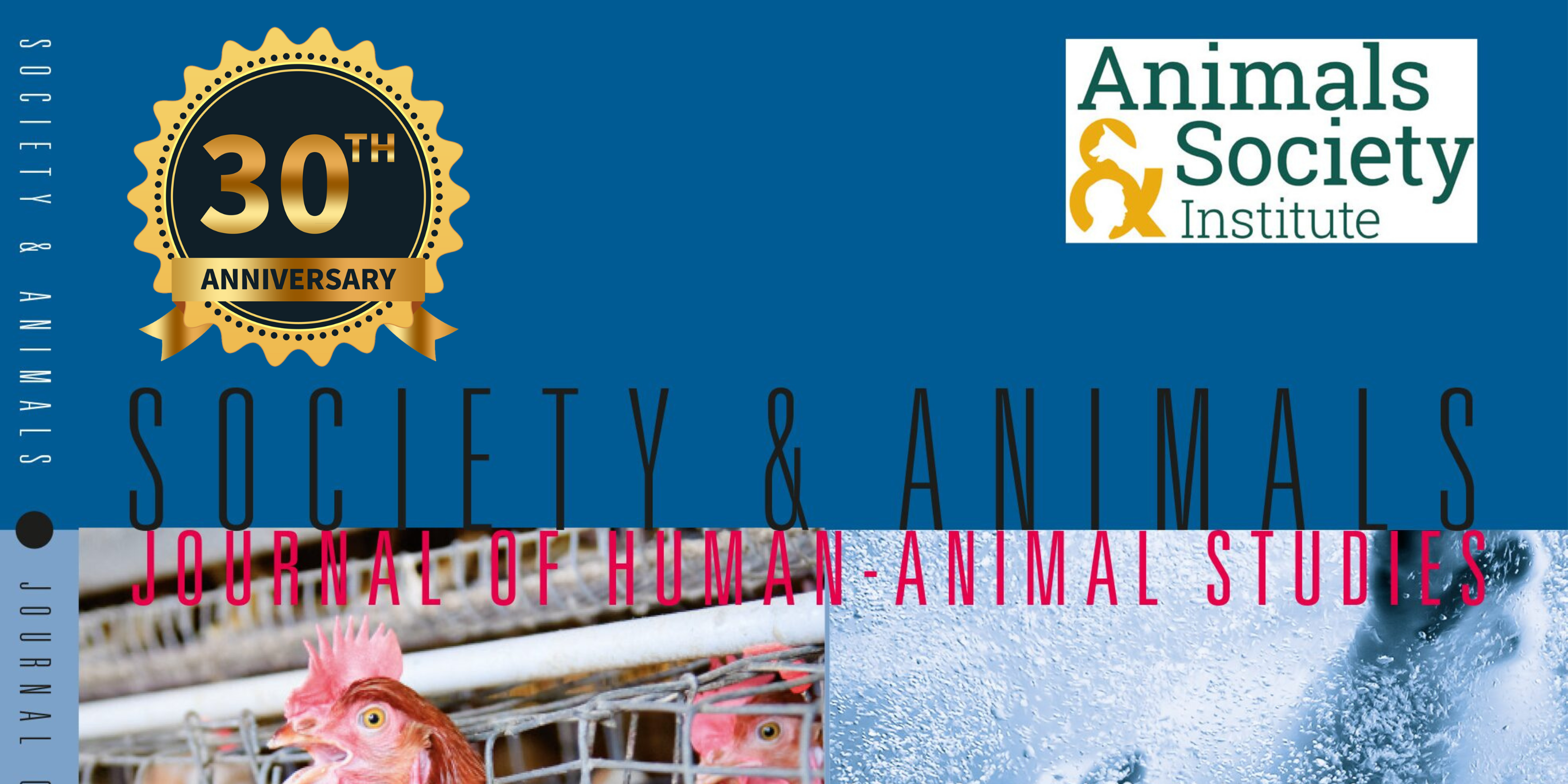 The Animals & Society Institute is excited to celebrate the 30th anniversary of Society & Animals: Journal of Human-Animal Studies with all of our supporters. In honor of this milestone, ASI will be celebrating the 30th anniversary throughout the rest of the year by sharing Open Access articles each month, beginning with the four articles below.

We invite you to read the 30th anniversary letter below, written by Society & Animals: Journal of Human-Animal Studies Editor-in-Chief, Kenneth Shapiro, and Animals & Society Institute’s Executive Director, Ivy Collier, and enjoy the selection of Open Access articles made available to you.

Society & Animals: Journal of Human-Animal Studies* has come a long way since its launch and we have much to be proud of as we celebrate its 30th anniversary. The first issues were self-published and in its first year, 1993, a volume consisted of only two issues. At that time, Human-Animal Studies was a fledgling field with only a handful of contributing scholars.

In 2000, Brill, a major publisher of academic journals and books since 1683, began to publish the journal and currently seven issues are published annually. At the time of the publication of its inaugural issue, the only other journal in the field was Anthrozoos. Presently, there are over a dozen devoted journals and, as an inherently interdisciplinary field, it now interfaces with over 20 disciplines representing fields in the social and natural sciences, the humanities, and, recently, the performing arts. While in the early years, scholars were primarily located in the US, UK, Canada, and Australia, the field is now truly world-wide. Scholars from around the world downloaded circa 70,000 full texts of Society & Animals articles in 2020.

Looking to the future, as the field continues its exponential growth we expect to see more and more universities establishing majors, programs, and even faculty chairs devoted to the field. This is particularly critical as the world grapples with climate change and major challenges to the existence and thriving of other animals. For a fuller discussion of the history and projected future of the field, see the full text of the recently published paper: Shapiro, K. (2020). Human-Animal Studies: Remembering the Past, Celebrating the Present, Troubling the Future, Society & Animals, 28(7), 797–833. doi:10.1163/15685306-BJA10029

On the occasion of this anniversary, we are selecting ten articles that (1) demonstrate the expansion of the field to an increasing number of interfacing disciplines, (2) suggest changes in policy and practice involving human-animal relationships, and/or (3) make important conceptual advances in the field. The full texts of the ten selected articles will be made available for a limited time in Open Access. Their release will be spaced out and timed with the publication of this issue and the following two issues that complete this year’s volume.

Here are the first group of articles that will be available for three months from the date of the publication of this issue of the journal:

*Society & Animals is a project of the Animals & Society Institute (ASI) which also manages the Brill Human-Animal Studies (brill.com/has) book series and the Journal of Applied Animal Welfare Science. ASI is a think tank whose mission is to advance human knowledge to improve animal lives. ASI produces and translates research on human-animal relationships into policy and practice.