25th Anniversary of the Publication of JAAWS: Part 2 – Companion Animals 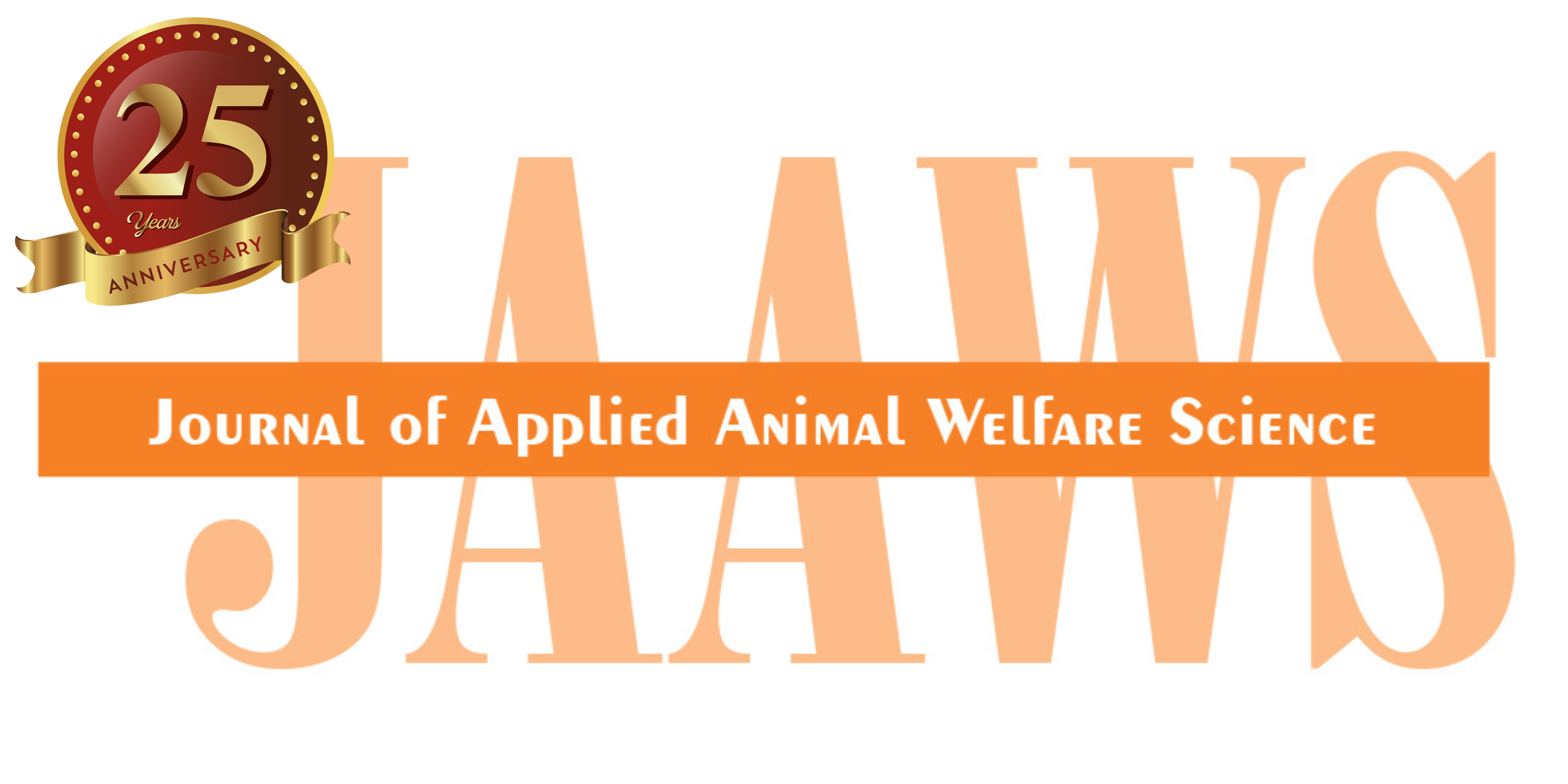 Below is the second batch of articles the full texts of which are now available for a four-month period. As noted in the last issue, as part of the commemoration of the 25th anniversary of the publication of JAAWS the editors and the publisher, Taylor & Francis, are providing access links to the full texts of selected articles that have been published over the years. This set of articles are in the content area of companion animals. Chiari Mariti, University of Pisa, Italy and Anne Carter, Nottingham Trent University, United Kingdom, the associate editors of this section, provide a brief text describing the history of research in that area.

Domestic dogs fulfill a range of roles beyond companionship, in therapeutic, work, and sport contexts. Similarly, the roles of cats vary widely even within a country. Some are feral, others are owned; some are farm or barn cats; and some are involved in animal-assisted interventions. Thus, the study of companion animal applied welfare, ethology, and anthrozoology is broad in scope.

Dogs remain the most studied companion species due to their close bond and shared environment with human caregivers. This has allowed them to be studied in a model species capacity for diseases occurring in both humans and dogs. This is in addition to the study of the mutualistic relationship that investigates potential benefits of pet ownership to the physical and mental health of both the caregiver and pet. One particular subfield of companion animal research that is continuing to receive growing attention is that pertaining to unowned animals residing in animal shelters and rescue centers. This also includes studies of animal relinquishment and factors that lead to successful animal placement. As the numbers of unwanted or stray animals remain at extraordinarily high levels in most areas of the world, this is an international problem, and therefore, one that is deserving of considerable research attention. By studying this population of companion animals, we are able to gain a vital understanding of these animals’ important and sometimes unique welfare needs, both while in the shelter and post-rehoming. Finally, this research offers a unique insight into what factors affect the quality of the animal/caregiver relationship, both what causes it to break down and what allows it to flourish.

Cats remain less studied than dogs in part due to differences in our relationships to them versus dogs, but also due to their often greater level of independence. This can create logistical challenges for including them in research that is exacerbated by their frequent intolerance of manipulation and sensitivity to novel environments. However, studies related to feline shelter research and cat-friendly practices are growing, showing that some steps can be taken to reduce the short and long-term stress to which cats are prone. Increasingly, studies are focusing on the formation of strong social bonds with humans. Such studies are still less frequent than those on dogs, and results are arguably more complex in terms of the resulting attachment bonds cats form and the relationships they establish with caregivers.

The three chosen papers highlight factors about the dogs and cats themselves that affect rehoming, and, as well, how humans affect the rehoming process. Although there is much variability in the animals housed in shelters, just as there are differences in the nature of the organizations themselves, by understanding the drivers of adoption, animals can be better matched to suitable families, increasing the likelihood of a successful placement. The findings of this research provides more efficient evidence-based policies and procedures around sheltering and rehoming. Ultimately, better matching and increased successful placements will lead to animals spending less time in shelters and will reduce relinquishment rates. All these factors directly or indirectly positively impact dog and cat health and welfare.

While companion animal research has improved our understanding of their health, welfare, behavior and animal-caregiver relationships over the past 25 years, the field continues to develop and grow. This body of research has allowed for an increased recognition of companion animals as sentient beings with unique needs and desires that are often different from our own as humans. The development and use of novel and less invasive parameters and the shift away from an anthropocentric mindset are integral for robust future research aimed at improving companion animal behavior and welfare. This knowledge can be applied within the shelter and rehoming center environment and within the wider companion animal population.