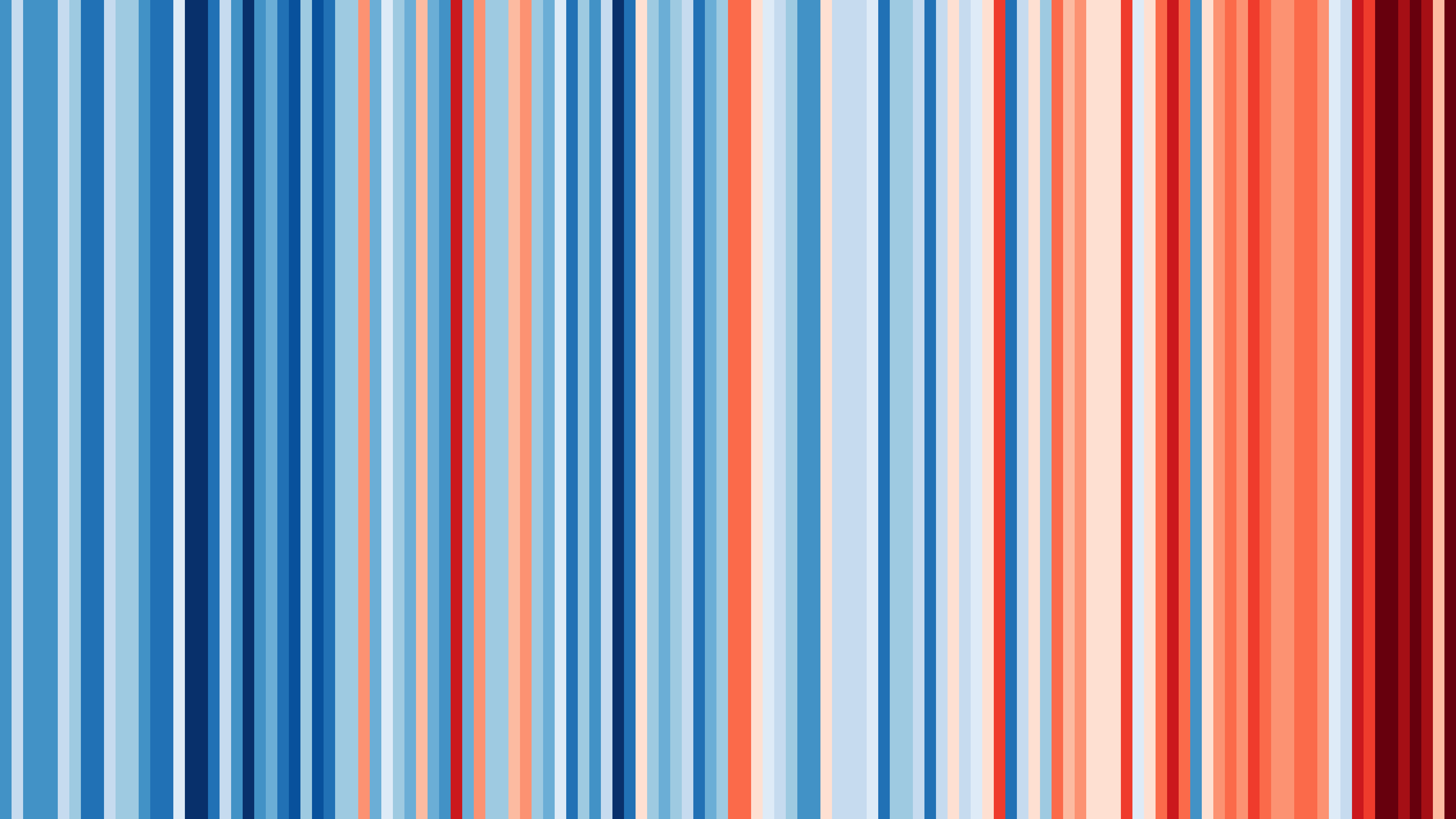 Image Credit: Graph of temperature warming in California 1895-2020. Get yours for your location here.

The statistics are sobering and the associations, undeniable. The interconnections between various aspects of the environmental destruction we are witnessing—and living—are complex, intensifying, and undeniably anthropogenic.

The climate crisis has fueled record-breaking average high temperatures worldwide, with the fallout of drought, major fires, increased tropical storm activity, sea level rise, and flooding—all coming more frequently and intensely than previously seen. In addition to and linked with these climate emergency-caused outcomes, we and other animals face the impacts of the loss of biological diversity, a Sixth Extinction which is undoubtably the result of human actions, including climate change. Coupled with a deepening global pandemic both caused and affected by the climate crisis and biodiversity loss, that’s a lot to deal with on a daily basis.

Like the frog in boiling water, many have become desensitized, inured to this new “normal” that is upon us as a means of coping with the stress it provokes. Environmental and animal advocates are doing their best to remind us that none of this is at all normal, and something needs to be done.

In what follows, I take biodiversity loss as a starting point and hub for these interconnected issues. Biodiversity loss refers to a decrease in biological diversity within a species, an ecosystem, a given geographic area, or the Earth as a whole. This loss in the variety of life can lead to a breakdown in the functioning of the ecosystem where decline has occurred. A 2018 report published in PNAS assessing the biomass distribution on Earth concluded that wild animal populations declined by 58 percent between 1970 and 2012, and losses were expected to reach 67 percent by 2020.

Researchers estimate that the current rate of species loss varies between 100 and 10,000 times the background extinction rate seen in the fossil record. As of 2019, up to one million plant and animal species were facing extinction due to human activities, according to a report by the Intergovernmental Science-Policy Platform on Biodiversity and Ecosystem Services.

Biodiversity loss is driven, among other anthropogenic factors, by habitat loss and climate change. Furthermore, both habitat and biodiversity loss contribute to zoonotic disease pandemics, according to a 2021 study published in PNAS, because the animals likely to be zoonotic hosts often proliferate in human-dominated landscapes, increasing the likelihood of spillover. Biodiversity, then, benefits humans because “In less-disturbed areas, however, these zoonotic reservoir hosts are less abundant and nonreservoirs predominate.”

Biodiversity loss feeds back into the climate crisis because the forests, wetlands, grasslands and other ecosystems destroyed to create space for industrialized animal agriculture regulate greenhouse gasses by providing carbon storage and protect coastlines from storm surges and erosion. Among other effects, this undermines nature’s ability to protect against extreme weather impacts—accelerating climate change and increasing vulnerability to it. Climate change impacts biodiversity loss through habitat destruction that is already prompting large-scale animal migrations as land animals attempt to move to cooler, higher elevations, and marine animals to colder, deeper waters. For these reasons, in June 2021 the United Nations released a report produced by both its Intergovernmental Panel on Climate Change (IPCC) and Intergovernmental Science-Policy Platform on Biodiversity and Ecosystem Services (IPBES)arguing that biodiversity and the climate crisis should be tackled together.

Industrialized animal food production is implicated in climate change, habitat loss and zoonotic pandemics. A report by proveg international notes three mutually reinforcing factors contributed to the type of zoonotic spillover that caused the COVID-19 pandemic and create a recipe for future zoonotic pandemics: the destruction of ecosystems and the loss of biodiversity, the use of wild animals for food, and intensified animal agriculture. In a recent interview, biologist and author Jonathan Balcombe pointed out that  “Anyone who thinks our meat habit isn’t a major if not the leading cause of the climate emergency, and current and future pandemics, is kidding themselves.”

According to data compiled by Britannica, half of the world’s natural ecosystems have been converted to agriculture, and some 77 percent of agricultural land is used for grazing by livestock. Proving out the 2018 study noted above, this massive conversion of wild ecosystems for animal agriculture has produced a 60 percent decline in the number of vertebrates worldwide since 1970. As the information collected by OurWorldinData.org shows, the biomass of humans and their livestock greatly outweigh the biomass of wild mammals and wild birds.

Lest I be charged at this point with pandering to—or even promoting—collective misery, I should mention there is a method to my particular madness. A recent research summary by Ana Alvarelhão of Faunalytics of the article, Optimistic vs. pessimistic endings in climate change appeals, points out that “For animal advocates, this study affirms the role of negative affect as a tool for heightening perception of climate change risk…. [A]dvocates should use this information to tailor their messaging about climate change to be the most effective at increasing people’s risk perception, and the belief that their own behavior matters to trigger the changes needed. While climate change is a different issue than factory farming per se, there is a great deal of overlap. Climate change advocacy has an effect on the lives of animals, and this study may offer ideas for how we can study animal advocacy messaging as well.” With this in mind, I will echo cognitive ethologist Marc Bekoff’s take on the ecocide we are seeing and its connection to the COVID-19 pandemic: “Things are very bad and likely to get worse before they get better.”

My sense is that most reading this are quite aware of the risks and potential outcomes of climate change and biodiversity loss, and are already attempting to cope with no little grief over it all. It is overwhelming and terrifying. Indeed, my Google search this morning for “climate change angst” yielded over 9.4 million results. There are, however, actions we—both the collectively and individually—can take that are both personally empowering and do make a difference.

First, non-anthropocentric approaches are needed. Moving from the collective to the individual, this can be approached both by a shift to economic systems focused on sustainability rather than obsessed with growth, and by taking serious aim at global animal food production models that contribute to the climate crisis and biodiversity loss.

An article out this month in the journal BioScience by Vucetich et al., A Minimally Nonanthropocentric Economics: What Is It, Is It Necessary, and Can It Avert the Biodiversity Crisis?, suggests that traditional economics are anthropocentric, and provides an economic avenue to view the intrinsic value in “natural capital.” “Stemming the biodiversity crisis” according to the authors, “requires widespread nonanthropocentric modes of action and decision-making.” To do this, requires “better understand how economic decision-making should account for interspecies distributive justice and human well-being.” We can and should back individuals and organizations promoting non-anthropocentric economic schemes that prioritize sustainability and place value on the natural world.

Economics also play into global food production. Industrialized animal farming drives the suffering of farmed animals and has significant land, water, and ecological footprints that contribute to climate disruption. Eating more plants and less meat would take pressure off land needed to feed a growing world, according to a recent United Nations report. The growth in plant-based proteins I reported in an earlier piece in this series shows the economic viability of such change. A commitment to our own thoughtful food choices and support of policy that take these elements into account helps at all levels.

In addition to the larger-mammal biodiversity loss we are witnessing is an equally troubling decreasing abundance and indeed collapse in those crucial fauna at the bottom of ecological food chains: the insects we rely on for pollination, and birds and small mammals depend on for food. This “insect apocalypse” keys to agricultural intensification (including pesticide use), climate change, and habitat destruction. The latter factor is impacted by the vast acreage of monoculture grass lawns (that for the most part serve no purpose and support no life) favored by those in the global north. Turf lawns reduce natural habitat, and their ongoing maintenance utilizes treatments that kill the native insects and/or the plants they need to live. The goal of weed-free and bug-free lawns is antithetical to biologically diverse and impacts whole ecosystems form the bottom up.

My final suggestion deals not with global economics, but rather with individual action that I note from experience also serves as a rewarding means of staving off stress and grief in this time of global environmental threat. Stop being manipulated by the lawn care industry and forget the perfect lawn. Leave your leaves, where many insects overwinter as larvae. Create your own sanctuary, no matter how small. Even a balcony can be an ecological haven for insects, especially when it holds the native plants upon which those insects are likely to rely. The United Kingdom’s Royal Horticultural Society recently recognized the importance of biodiversity in awarding a gold metal to a garden full native plants, considered “weeds,” that are essential for wildlife. The results of such action could be enormous. According to entomologist Douglas Tallamy, “If American homeowners converted half of their lawn to productive native plant communities, they would create a ‘Homegrown National Park’” larger than the territory held in most US national parks combined. Tallamy’s book along with The ARK website, both noted below, provide specific suggestions you can incorporate into your own outdoor conservation space. This feasible and personally rewarding change comes—literally—from the ground up.

Certainly, we all long for a world where the richness of species with whom we share space was not on the decline. Ultimately, the real remedy for biodiversity loss—and the climate emergency, and future zoonotic pandemics—is mending our ruptured relationship with the natural world. If the negative affect I may have created here fosters change at any level, it has served its purpose. As a climate crisis refugee with the wherewithal to have left my beloved home in what has become the worsening inferno that is California, let me close with this: The risk is real. It’s hot out there, and it’s only going to get hotter.

The Animals & Society Institute is a member of the Endangered Species Coalition.

The Ark (Acts of Restorative Kindness for the earth) https://wearetheark.org