Meaningful Actions against Biodiversity Loss: Lights Out for Bugs and Birds 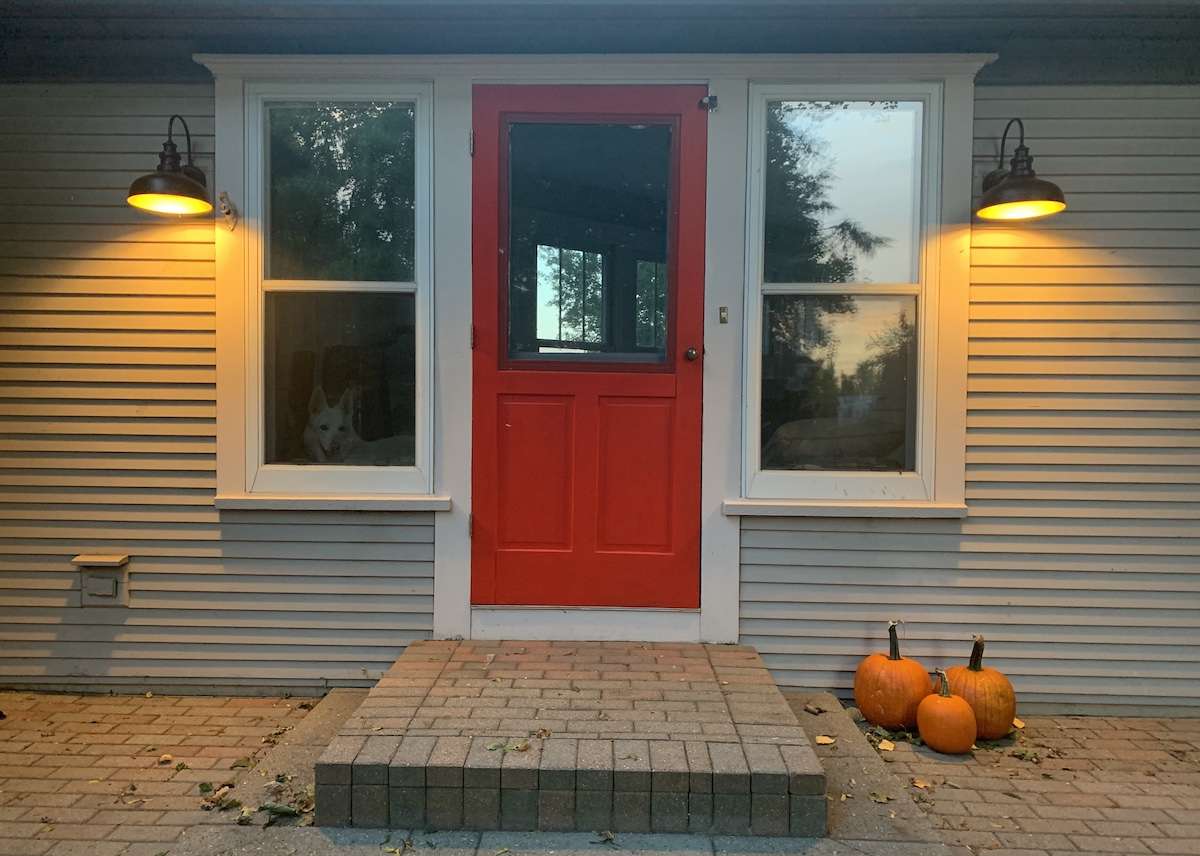 It’s easy to understand how biodiversity loss, like many impacts of anthropogenic change, has sneaked up on many of us in our home environments. Certainly we are aware of news and research about species frailty and ecosystem ruin. Yet compared to these seemingly more-rapid transformations in distant ecosystems, it’s often difficult to notice incremental changes where we live. It often takes casting back to an earlier time to identify the differences between then and now. For instance, many of us can recall—as does biology professor Dave Goulson in a recent op-ed in the Guardian—the summer splats of bugs on our car windshields that prompted vigorous and frequent windshield washing. “Today, our windscreens are disturbingly clean,” Goulson notes. For me, the gap of decades I spent in California before returning to the Midwest allowed me to notice what seems like a huge decline in lightning bugs (AKA: “fireflies” in other parts of the US), something I might not have noted had I not left.

In an earlier piece I made the link between biodiversity loss, pandemics and the climate emergency and provided actions we can do to help in our own home environments. I discussed how the Western fixation with turf lawns contributes to the “insect apocalypse,” and how converting monoculture lawns (or portions of them) to native plants for these animals can help with biodiversity loss. Here I expand upon actions we—both individually and collectively—can take that are both personally rewarding and do make a difference.

In addition to reducing the damage caused by diminished habitat through regenerative plant management (or non-management) on the ground, another action we can all take deals with a threat that is far less intangible, dramatically increasing, and largely unrecognized: light pollution. The use of artificial light at night (ALAN) has detrimental impacts on insects. One study evaluated the impact of light intensity and sky quality at night on insect diversity in rural and urban areas of Saudi Arabia, concluding “excessive ALAN and poor sky quality at night disrupt insect biodiversity.” A 2021 UK study found just how much disruption ALAN can cause: street lighting strongly reduced moth caterpillar abundance by 43% in hedgerows and 33% in grass margins.

As Goulson points out, staving off the particular ecological disaster facing insects is in our interests. “The world would not function without these tiny creatures: they pollinate our plants; control pests; recycle all sorts of organic material from dung to corpses, tree trunks and leaves; keep the soil healthy; disperse seeds, and much more. They are a vital source of food for many larger creatures such as birds, bats, lizards, amphibians and fish.” There are other reasons animal advocates might consider insect and other invertebrate decline a significant topic to address—welfare considerations regarding questions of their sentience, intrinsic value, and that they might suffer.*

And it’s not just insects who are affected by ALAN. According to an article by Davide M. Dominoni, “Light pollution is considered a threat for biodiversity given the extent to which it can affect a vast number of behavioral and physiological processes in several species. This comes as no surprise as light is a fundamental, environmental cue through which organisms time their daily and seasonal activities, and alterations in the light environment have been found to affect profoundly the synchronization of the circadian clock, the endogenous mechanism that tracks and predicts variation in the external light/dark cycles.”

Specific to birds, light pollution has also been shown to disrupt birds’ sleep, singing behavior, and reproductive physiology and molt activity, among other impacts. Perhaps the most insidious impact of ALAN are its disruptions to migrating birds. During avian migrations, most of which occur at night, light attracts and disorients birds, confusing and exhausting them, and making them vulnerable to collisions with buildings and other urban threats. Songbirds are particularly at risk, because when they become disoriented by artificial light over brightly lighted cities, they send out more “flight calls.” These social calls are designed to help the group with orientation, navigation and other collective decisions, but instead, in this situation the distressed bird’s calls lure other birds to their death.

There are actions we can take. To provide safe passage for nocturnal migrating birds, Audubon recommends the following:

The Audubon link above provides other resources for taking it further than our own action into creating bird-friendly communities, including fact sheets and form letters for elected officials. Another resource, the International Dark Sky Association (IDSA), promotes public policy and provides information on what “dark sky friendly lighting” entails, points that include color temperature toward the warm spectrum and shielding that keeps the light pointing downward only. The organization also provides sources for purchasing such lighting, suggestions on talking with neighbors about their lighting, and how to become a Dark Sky advocate.

IDSA also promotes Dark Sky Communities: towns, cities, municipalities or other legally organized communities worldwide that have shown “exceptional dedication to the preservation of the night sky through the implementation and enforcement of a quality outdoor lighting ordinance, dark sky education and citizen support of dark skies.” Such places promote their choice to go dark-sky as preventing negative effects on wildlife, and also preserving the night sky as a natural resource. They show that taking these actions need not come at the expense of economic development and are indeed enhancing the communities involved. It seems to be catching on. Indeed, in 2019 France adopted a new law, designed “prevent, limit and reduce light pollution, including excessive disturbance to persons, fauna, flora or ecosystems, causing energy wastage or preventing observation of the night sky.” Imagine what an impact it would make if dark-sky communities and countries around the globe became the norm, not the exception.

According to the lead researcher of the UK moth-decline study cited above, Douglas Boyes of the UK Centre for Ecology & Hydrology, “If insects are in trouble—as we believe they are, and have evidence to support that—perhaps we should be doing all we can to reduce these negative influences.” The same can be said about the birds and other wildlife like sea turtles who are negatively impacted by ALAN. Just last week, as reported by NPR, in one night 226 migratory birds lost their lives through striking windows in New York City. As volunteer Melissa Breyer, in charge of collecting the dead bodies, pleads, “Lights can be turned off, windows can be treated. Please do something.”

Do what you can to step up, change your outdoor lighting habits and fixtures if you need to, and turn off the lights you don’t need. Advocate at a larger scale if you have the ability. We will all sleep—and travel—better for it.

Insect and Other Invertebrate Sentience:

For more on insect sentience and the proposal to use insects as food, see the Faunalytics article, Evaluating the Emerging Insect Industry by Trent Davidson, and the recent Dutch Council on Animal Affairs (RDA) report to which he refers.

Larry Weaner & Thomas Christopher, 2016. Garden Revolution: How Our Landscapes Can Be a Source of Environmental Change. Timber Press.