(Use Cropper to set image and
use mouse scroller for zoom image.)

(Use Cropper to set image and use mouse scroller for zoom image.) 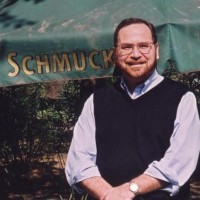 Alan Rauch Member Since November 25, 2021
Personal Details
Biography
Alan Rauch was born in Montréal, Québec and received his B.Sc. in biology from McGill University. After completing his MA in Zoology (creating an ethogram of dolphin behavior), he studied English Literature at Rutgers University, where he obtained both the M.A. and the Ph.D.Rauch’s research deals with the intersections among science, technology, and culture particularly in the Romantic and Victorian eras. Rauch’s published work includes "Useful Knowledge" (Duke, 2001), "One Culture," "The Mummy! A Tale of the Twenty-Second Century," and "England in 1815." His most recent book, "Dolphin" is a scientific, social, and cultural view of all dolphin species. He is also working on a second book for the “Animal Series” by Reaktion Books to be called "Sloth." His essay about the “Sukotyro,” which is titled: “On the Extinction of a Non-Existent Animal," is rooted in the early modern period, explores the meaning and significance of visual representation.
Country/Region
United States
Field
Literature; Animal Studies
Research Interests or Specialities
Marine Mammals; Sloths; the Representation of Animals
University or Company
UNC Charlotte